So you just ordered for your first guitar and you can’t hide the excitement. You have been waiting at your door and at last, the guitar is here! But then your excitement is wiped off your face. You just tried it and you are wondering if it was the wrong guitar that was delivered to you or if it just wasn’t tuned before sending it to you. You might then ask the question, do guitars come tuned?

Actually, it is quite hard to say. It is most likely for your guitar to come not in tune but the manufacturers usually tune brand new guitars. This is because while sitting in the showroom, many hands have touched and tested to see if the guitar is the one but ended up not picking it. Guitarists tune and retune to fit their taste before leaving it. This and many other reasons are why the guitar comes returned.

So, don’t worry, you have the right guitar sent to you. Tuning the guitar is one of the first things expected of you to do to your new guitar.There are several reasons why the guitar comes detuned. Mentioned earlier is the number of guitarists trying to find “the one” for them while it was sitting in the showroom. Here are a couple more.

Some manufacturers prefer delivering their guitars not tuned. They loosen the strings for some safety reasons.

Tuning pegs are those tiny knobs used to tighten or loosen the strings. After purchase, the guitar is packaged inside a box for delivery and stays that way until it gets to its location. During 3transport, road bumps and the movement of the vehicle will cause the instrument to shake in the box. With this movement, it is inevitable for the pegs to turn from their initial position to another. This turning changes the guitar from tuned to detuned.

Various humidity and temperature issues will arise as the guitar you ordered makes its way from the store to your house.

How? How humidity and temperature affect the guitar is physics. Materials have a propensity to expand as the temperature rises. Strings fall under this general rule too. As the temperature rises, the strings themselves enlarge. A longer string makes a guitar’s tuning looser. Strings with a lower pitch are looser. Additionally, the reverse is true.

A decrease in temperature causes the strings to shorten, which raises the pitch above average. Given the numerous temperature changes, it is normal for a guitar to be out of tune when it arrives at your home.

Humidity also has an impact. In the same way that excessive humidity can lead wood to widen, low humidity can cause wood to shrink. If not carefully watched, that could change the guitar’s original tune.

However, the temperature has the greatest impact.

How To Tune Your Guitar

As a beginner, before eventually getting a guitar, you might have practiced and learned how to tune one with a friend’s guitar or something like that. But for those who haven’t, here’s how to tune your guitar.

Step one: tune the 6th string

Tune the thickest open string to a low E string as precisely as you can. It doesn’t need to be flawless. Simply “guess” what sound the thickest string typically makes. (Even if it’s slightly flat or sharp, all the other strings will be tuned relative to this.)

We’ll repeat the process here, but with a higher string. 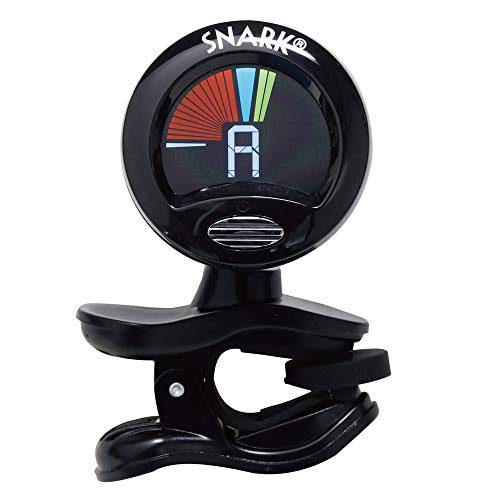 Even if luckily, your guitar gets to your doorstep tuned, which is less likely, you would still have to do a couple of checks to ensure that the guitar is good. This means a probable change of strings and tuning, again. I, personally would not bother if my guitar comes detuned because what’s the point of retuning an already tuned guitar.

If the guitar comes tuned, it will keep you from doing the necessary checks to see if your guitar is good.

link to Can You Play a Guitar With Short Fingers?

Are you a small-handed guitarist? If so, then congratulations! A lot of great musicians were small-handed. In fact, one famous guitarist, Eric Clapton, once said that he would rather play an...

Continue Reading
link to Can Acoustic Guitars Be Plugged Into Amps?

You've just bought a new acoustic guitar and are itching to start playing it. The question is, can you plug the guitar into an amplifier? Yes, acoustic guitars can be plugged into amps. Acoustic...